Hello this time I am going to explain what is new in this PUBG Mobile Update.

This time many new in game modes, features and bug fixes is done by Tencent. 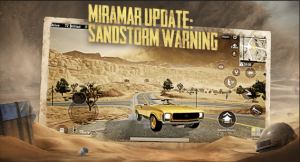 PUBG MOBILE will be pushing out updates starting on May 7th, most of the users have received it, check yours. The server will not be taken offline for this update. This update requires approximately 1.97 GB of storage space on Android devices and 2.21 GB of storage space on iOS devices. Players on different versions won’t be able to invite one another, so be sure to update as soon as possible.

Update before May 13th to receive following items: 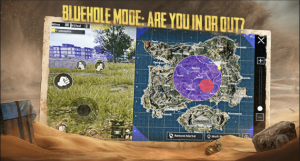 During the event, when searching for a match in Sanhok there is a random chance to enter the new Jungle Adventure Mode. This mode adds a variety of features and challenges not present in Sanhok. 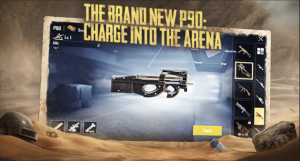 In matches where players lose points due to being killed by cheaters and players using plug-ins after the system confirms that your killer was cheating, the match will become a Point Protection Match. All points deducted in the match will be returned to players and a notice will be sent via in-game mail. Cheaters are usually found very quickly, but there may be some delay. 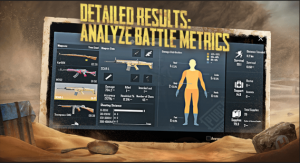 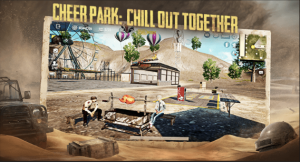 Cheer Park is a social area that can accommodate 20 players at any time. It has most of the basic Training Ground features, and lets players interact with other players in real-time:

Players can also engage in various activities while in Cheer Park:

Improvements to “Play Another Match”